Oh, What A Mighty Bear. 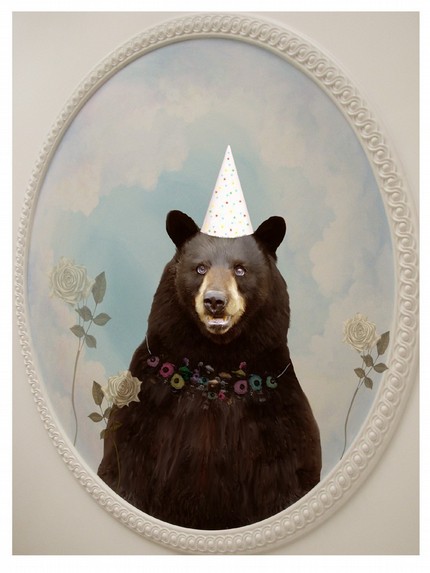 You could call it a party ANIMAL.

I found that picture by searching “party bear.” If you search “bear party,” you get something you probably won’t like. At all. Needless to say, it was unpleasant.

And I just wanted to see a bunch of Grizzlies grouping under a disco ball. There’s a fog machine, too.

That thing ate those hot dogs like they were human beings or something. I also enjoy midgets (uh-oh) vs. elephant at the end there.

This is the story of a man named Fred

who came across a sight ever so rare:

“This creature,” he spoke, “is quite a fair bear.”

The animal, Fred tried to make his friend,

But it growled and roared, mightily; loudly.

In celebration, the bear danced proudly.

If one chooses, it can wear a bonnet.

Chocolate and caramel make up Rolos.

I use this picture a lot.

Okay, I’ll try to put a certain thing behind me until January. Instead of dwelling on it, here’s a picture of a bear relieving himself!

Have You Tried To Do Something Lately?

This should help you continue…

That’s all you need to know for this picture.